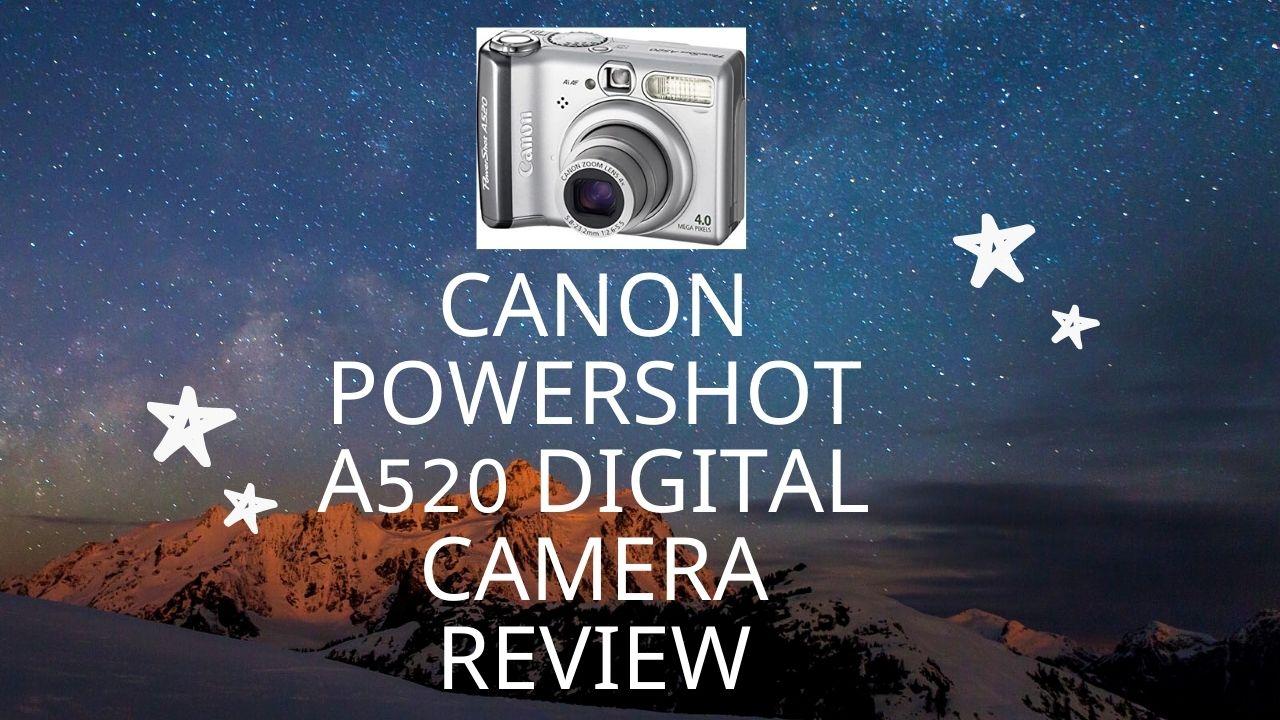 Canon PowerShot A520 Digital Camera – One of the best editions to the Canon family is the 4-megapixel Canon PowerShot A520. This nice little camera is smaller and lighter than the PowerShot A85 that came before it. By adding a longer zoom lens and additional new scene modes, this camera is nicely equipped.

Those both experienced and new to photography will be pleased with what the Canon PowerShot A520 has to offer. What’s even tougher to beat than this camera’s features is its great value-for-money appeal making it a camera to consider if in the market for a camera purchase.

Other than the size, the only other noticeable design differences are that the AF assist lamp on the front has moved to the opposite side of the viewfinder and you may notice the microphone has shifted.

A comfortable ease of use with many options is still found in the unchanged menu system. The only improvement to be found here is perhaps to illustrate the scene modes with some on-screen help and sample images along the same lines as what you would find on the Casio Exilim Zoom EX-Z55 for example.

The Canon PowerShot A520’s battery life using the two included alkaline double-A batteries is admirable and the camera is rated for up to 300 shots according to the CIPA standard (using NiMH double-A batteries).

Pictures are stored in SD memory cards with the Canon PowerShot A520. Most cameras today come with at least a 512 MB memory card, some even a 1 GB card. You can also transfer pictures from the camera to the PC with ease using the USB 2.0 interface.

As with almost anything, there is at least one notable issue with the Canon PowerShot A520. Confirmed reports have stated the A520 controls are not responsive enough leading to the camera to being quite slow. A button frequently had to pressed more than once to perform the chosen function.

DSLR.World’s Extra-Jolly Holiday Gift Guide — What to Buy and Why in 2022